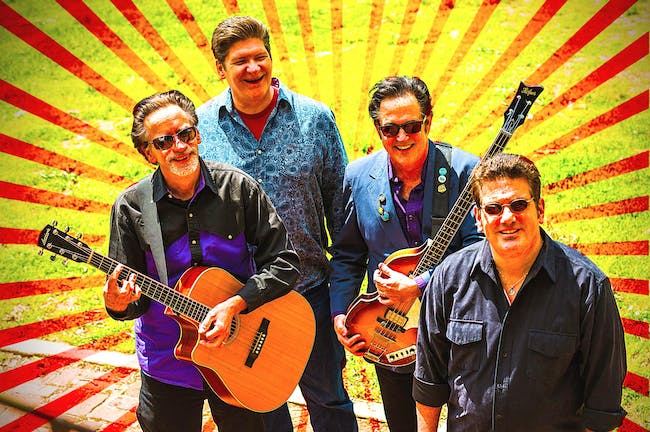 iCal
Google
The Taters appearing at The Tin Pan in Richmond, VA

2017 was the 20th Anniversary of The Taters. When Craig Evans and Brad Tucker started singing together in the early 1980′s, neither could have guessed how long that partnership would last. 2017 celebrates 20 years as The Taters, and with 7 CDs of music out – the most recent a Halloween project titled “DON’T SCREAM!” (Oct 2015), they continue to mine their collective experience to craft songs with unforgettable hooks and pop melodies, and to add classic tunes to their repertoire that reflect a wide range of interests and influences. Layers of acoustic and electric guitars mix with 3 and 4 part harmonies to give each song its own personality while the lead vocals and songwriting pull it all together into a very satisfying whole.

The Taters have played the Richmond and central VA area for over 17 years, with 7 CDs of original tunes out. Starting out as an alt-country trio, with acoustic gtr, bass and percussion, we’ve expanded to a quartet (electric guitar & drums), and the music has moved more in a power-pop direction over the last 5 years, though still lots of early country influences. Our biggest emphasis is on melody and vocal harmonies, making us a hit with crowds who grew up in the 60s & 70s and loved AM and early FM radio. The band has been included on several tribute albums, including tributes to Jellyfish, Squeeze, and Rick Nelson.

WHAT’S ALL THIS ABOUT TATERS?

Writing in Billboard magazine, the internationally published “bible” of the music industry, critic Gordon Ely described the Taters as “determinedly-and gleefully-forging a path with no limits or end in sight. This is music for which you’ve been waiting a long, long time… Without a trace of self-consciousness or pretension, the Taters draw up a formula that can rightly be claimed as their own”.

“Think ‘Beatles For Sale’, if Marty Robbins were a primary influence instead of Carl Perkins “

“Picture ELO gone Americana, and you’ll get the idea”

“The connection between singer-bassist Craig Evans and guitarist Brad Tucker goes back more than 20 years. That kind of knowledge and interplay is responsible for the crisp harmonies and infectious hooks of the band’s old school roots-pop”