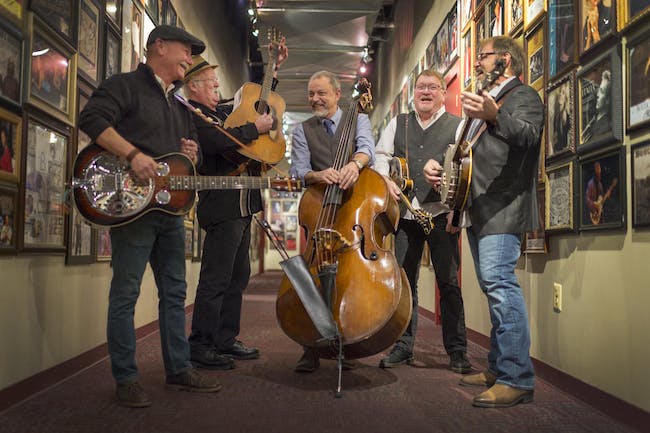 iCal
Google
The Seldom Scene appearing at The Tin Pan in Richmond, VA

The Seldom Scene is without a doubt, Washington DC’s favorite bluegrass band but don’t think of this legendary band as a regional band. With a body of work stretching back to 1971 and early collaborations with Emmy Lou Harris, Linda Ronstadt and Jonathan Edwards they are easily one on the most recognizable bands on the circuit today with fans located all over the world.

As one of the first bluegrass bands to embrace a non-traditional approach they stretched the boundaries of what was acceptable by embracing artists such as Bob Dylan and the Grateful Dead while mixing it up with Merle Haggard and traditional tunes as well. As it was from the beginning days with signature tenor singer John Duffey, the band is still known for its soaring, incredibly tight, vocal gymnastics.