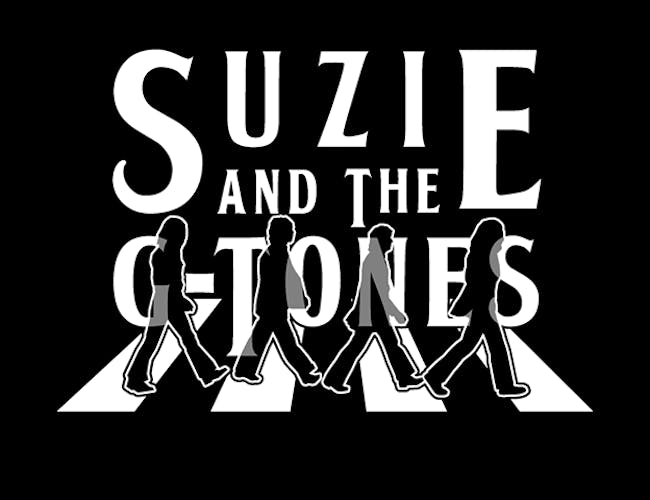 Suzie and the G-tones (Tribute to The Beatles- Abbey Road )

iCal
Google
Suzie and the G-tones (Tribute to The Beatles- Abbey Road ) appearing at The Tin Pan in Richmond, VA

"Here Comes the Sun: A Tribute to Abbey Road"

Suzie and the G-Tones celebrates the 50th anniversary of Abbey Road, the eleventh studio album by English rock band, The Beatles, released on September 26, 1969 by Apple Records. This show takes the audience on a musical journey through the entire album, followed by a collection of classic Beatles favorites! Sit back and enjoy the ride... because here comes the sun.

Once in a blue moon, a band strikes a perfect chord between youthful energy and old soul. Featuring the passionate, full-throated singing of Susan DePhillip and the thrilling fretwork of John Georgiou, Virginia based band, Suzie and the G-Tones plays an eclectic mix of rock covers and original tunes with an emphasis on vocal harmonies and smooth rock grooves. Expect innovative arrangements, instrumental prowess, and a surprise or two along the way. With Scott Young on keys and sax and a rhythm section of Jason Niedenberger on guitar, Eric Goldberg on bass and Gary Williams on drums, these seasoned musicians deliver major entertainment. Having played together in various band formats over the years, Suzie and the G-Tones formed in 2012 and the group released a full length album of original music, “Wine, Tears, and Rain” in 2016. Specialty shows the band performs include “Play On: A Tribute to Fleetwood Mac”, “It Was 50 Years Ago Today: Tribute to The Beatles Sgt. Pepper’s Lonely Hearts Club Band”, and “So Happy Together: Tribute to the Hits of 1967.” Fun times, familiar songs, great music: Rock done right. .