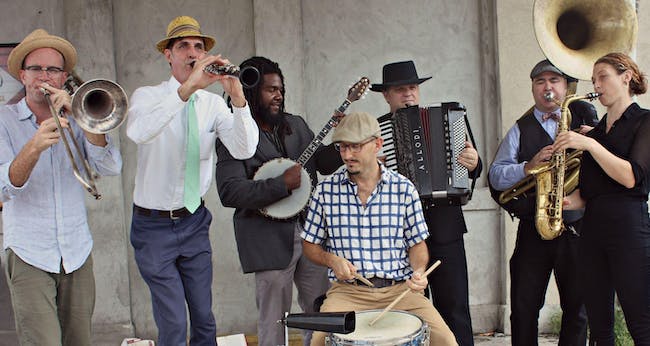 The Panorama Jazz Band originally came together as a trio in 1995 to play a New Orleans wedding. Since then, the group has evolved into a seven piece sit-down band as well as their sister marching outfit, the Panorama Brass Band. Panorama's roster includes many of the Crescent City's top players who, after making hundreds of parties together, always find fresh joy in the group's wide-ranging international repertoire.

Panorama's catalogue includes eight self-produced CDs as well as an online song-of-the-month club, Good Music For You, (panoramaland.bandcamp.com) which has added a new song every month since May, 2014.