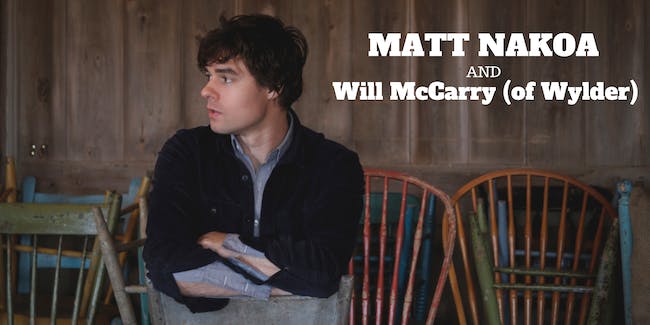 iCal
Google
Matt Nakow & Will McCarry ( of Wylder) appearing at The Tin Pan in Richmond, VA

Matt Nakoa is an award-winning songwriter, singer, and multi-instrumentalist. A modern troubadour, he makes his home on the highways and concert stages of America and appears regularly with folk music icon Tom Rush. The Boston Globe says of Nakoa, “Between his piano chops and heartfelt originals on guitar, he drops jaws.”

Born on a small goat farm in New York State, Nakoa trained to be a concert pianist before accepting scholarship to Berklee College of Music as a vocalist. He developed his dramatic songwriting style with his college art-rock band, The Fens, and when the band dissolved, he landed in NYC. It was in Manhattanʼs all-night piano bars that Matt developed an uncanny ability to command the attention of any audience.

2012 and 2014 saw the release of his first solo albums, garnering multiple songwriting awards, including a win at Kerrville Folk Festivalʼs new folk competition. Nakoaʼs newest album, Casting Shadows, is a spellbinding blend of pop, soul, and classical influences and tells a story of childhood dreams crashing headlong into a grownup reality. The Ark of Music magazine proclaims, “What we have here is a truly encouraging sign of what pop could once again become 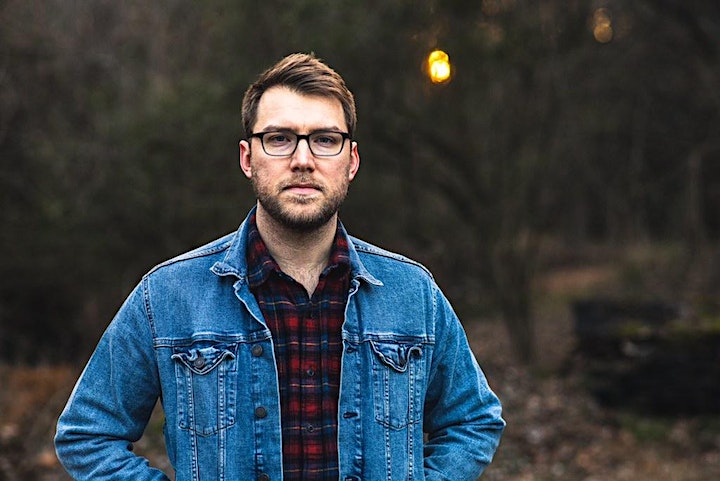 Wylder is an indie-folk quartet from the heart of Virginia. Drawing on a season of personal doubt and loss, Wylder’s long-awaited sophomore release, Golden Age Thinking (available July 12, 2019) is an expansive and dynamic collection of rhythmic, haunting, and lyrically-driven indie-folk that examines the powerful influence of nostalgia as a form of denial. The album follows on the heels of 2016 release, Rain and Laura—a sprawling and eclectic record that evoked alternative rock giants like Arcade Fire and Weezer as well as the intimate, harmony-laden sounds of Fleet Foxes and Sufjan Stevens. With the release of Rain and Laura, Wylder caught the attention of Train’s Pat Monahan. He premiered two singles “Bitter” and “Save a Way” on his Sirius XM program Train Tracks, kicking off a successful run on AAA stations around the country. Wylder reached an even larger audience in 2019 when the track “At the End pt. 1” was featured during a key moment on the hit ABC series The Good Doctor.