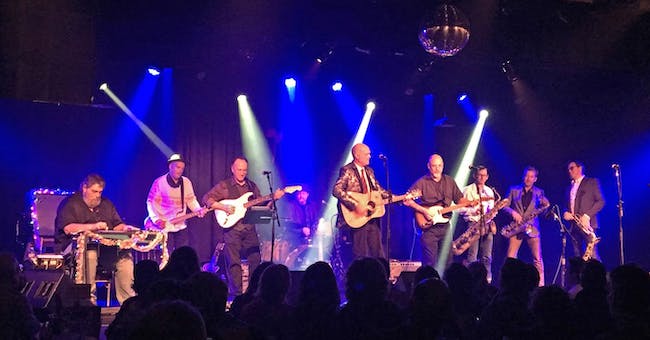 "One of the country's most formidable roots-rock bands."

Named Washington DC's "Artist of the Year" a few years ago, Last Train Home is now based in Nashville, with other members DC, Pennsylvania, Virginia. Its powerfully evocative roots-rock music is part country, part rock, part blues, part bluegrass, and even a little Tin Pan Alley.

Led by Eric Brace, a former music writer with The Washington Post, the band is a must-see live act, especially because their shows are few and far between. The band has been on a bit of a hiatus the past few years, but is back in action, with a new record being released the first week of 2020, Daytime Highs & Overnight Lows.

Last Train Home has recorded seven albums and one concert DVD, all available through Brace’s own indie label, Red Beet Records. They performed on the CBS "Late, Late Show with Craig Ferguson," and on the acclaimed public radio shows "Mountain Stage" and “World Café.” They’ve opened for Dolly Parton at Constitution Hall, Willie Nelson at Wolf Trap, the Waco Brothers at the Black Cat, Nickel Creek at the 9:30 Club, Nanci Griffith at the Birchmere, and dozens of other high profile slots.