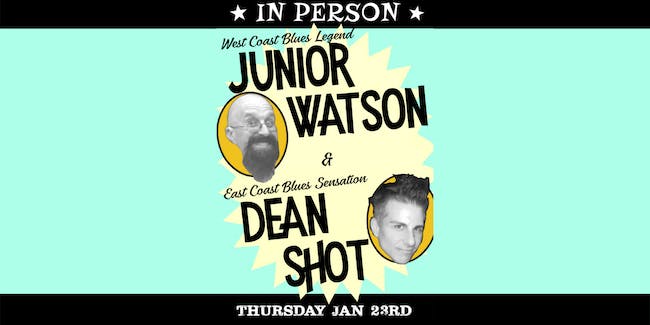 West Coast guitar phenom Junior Watson was influenced by Tiny Grimes, Jimmy Rogers, Eddie Taylor, Guitar Slim, and Earl Hooker. He was a founding member of The Mighty Flyers in the early 1980’s and spent a decade with them. In the 1990’s he performed with Canned Heat. Besides recording with both The Mighty Flyers and Canned Heat, Watson has recorded with George Harmonica Smith, Jimmy Rogers, William Clarke, Kim Wilson, The Hollywood Fats Band, James Harman, Mitch Kashmar, Charlie Musselwhite, John Nemeth, Kid Ramos, and Mark Hummel; just to name of few of the sessions he appears on.