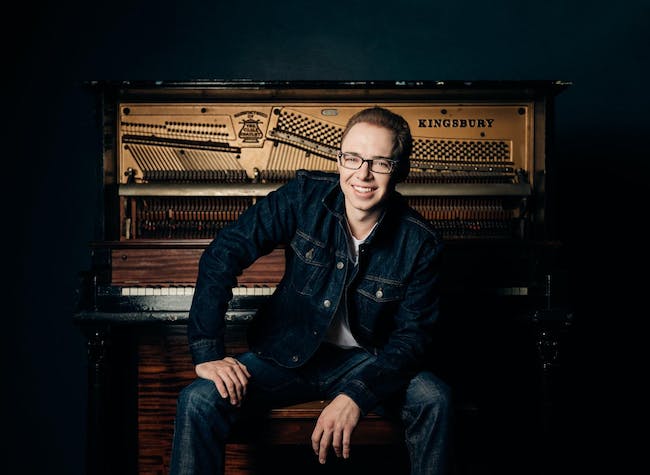 Think of a mix between Jerry Lee Lewis, Elvis Presley and Elton John and you’ve got Josh Christina.

If you’re a fan of 1950’s rock n’ roll, Josh Christina will restore your confidence in the ability of young musicians to carry on the great tradition of rock’s pioneers. Josh Christina writes his own music, refurbishes the classics, and plays a mean piano. Also, if you get a chance to see Josh live, he creates some great excitement with their audience. Josh Christina is a rock n roll revivalist whose music provides a bridge across generational lines by going backward to move into the future.

In 2015, Josh’s talents caught the attention of Nashville-based producer Kent Wells (Dolly Parton), who immediately got to work with Christina on his sophomore effort. The piano aficionado can be heard on his two Nashville recorded albums, "Good Old Love" and “I’m 21". Both produced by Kent Wells. His single, "Kayla Ann”, charted on the Music Row chart in Nashville and #1 on a couple of Independent charts.

The infectious sound of modern rockabilly artist Josh Christina hit the international airwaves when he performed live on Ireland's Late Late Show in September of 2016. Not only did it place Josh Christina Music upon the world stage, but also introduced this amazing style and sound to a new generation of music fans, followers and believers.

“Josh Christina is the future of Rock’n’Roll folks! He plays it the way it was meant to be played. How this 24-year-old musician plays piano with the soul of Ray Charles, the feel of Jerry Lee Lewis, the energy of Elvis Presley and the rhythm of the legendary rock n roll guitar player, Chuck Berry, who all had their biggest hits before he was born, in fact, before his parents were born, is beyond me!"

“If you’re a fan of 1950’s rock n’ roll this new music will restore your confidence in the ability of youngsters to carry on a great tradition of rock’s pioneers. Josh Christina writes his own music, refurbishes the classics, and plays a mean piano. He is securing his place as a rock n roll revivalist.”