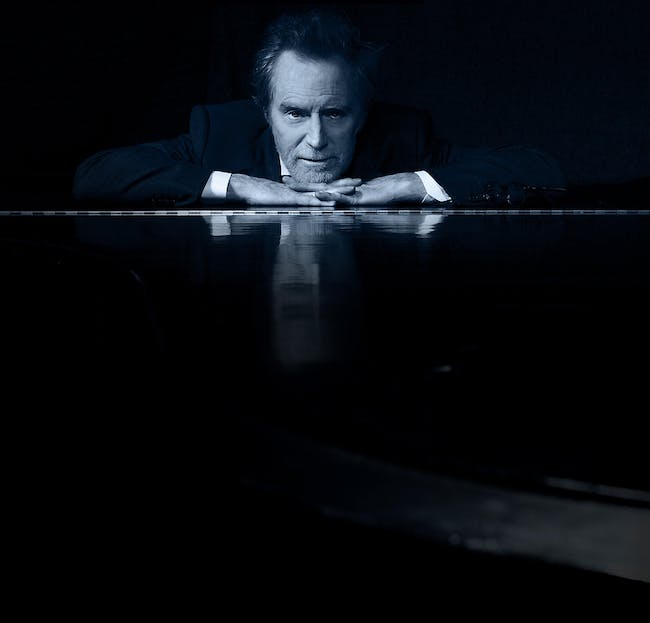 iCal
Google
An Evening with JD Souther appearing at The Tin Pan in Richmond, VA

An architect of the Southern California sound and a huge influence on modern songwriting, JD Souther has written and co-written many of the Eagles hits including "Heartache Tonight," "Victim Of Love," "New Kid In Town," "Best Of My Love," Don Henley's "The Heart Of The Matter," as well as the Eagles 2007 hit, "How Long." Linda Ronstadt has recorded ten of his songs, including "Faithless Love," "Simple Man, Simple Dream," and "Prisoner in Disguise." His hit "You're Only Lonely" reached the top ten and was quickly followed by "Her Town, Too" which JD co-wrote with James Taylor. The Dixie Chicks 1998 hit “I’ll Take Care of You,” was also written by JD and featured on their album Wide Open Spaces, which sold over 11 million records.

Among various television roles, JD was featured in a recurring role on thirtysomething, and more recently in 2012, he was cast as Watty White on ABC's hit show, Nashville. Souther has received countless Grammy nominations, in addition to Academy of Country Music Awards, American Music Awards, 21 ASCAP performance awards, and the prestigious ASCAP Golden Note Award in 2009. In 2013, Souther was inducted into the Songwriters Hall of Fame and is currently in the studio putting the final touches on his new cd which will be released in early 2015 on Sony Masterworks.