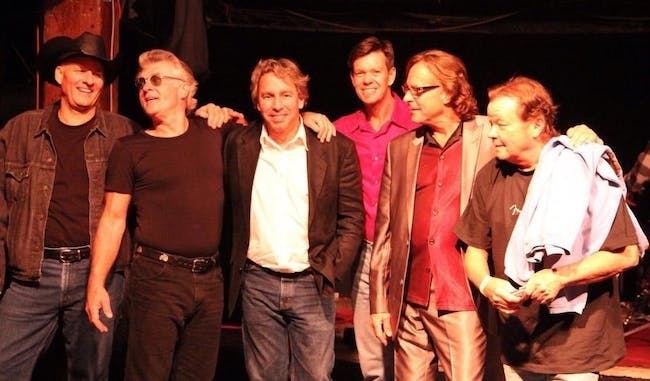 Everybody has heard of Steve Earle, Delbert McClinton, Bob Dylan, Patty Loveless, Reba McEntire, John Anderson, Mary Chapin Carpenter, the Nighthawks and Garth Brooks, what a lot of people don't know is that there is a common thread between all of these artists. Every one of these acts have had at least one Good Humor Band member on their records or in their touring band. Back in the 70s and early 80s the Richmond based Good Humor Band was one of the busiest, and most popular bar bands in the mid Atlantic region. Cutting their teeth on roots Rock 'n Roll, Country, Blues, R&B, Swing and just about anything cool, they built a reputation for solid musicianship and an encyclopedic, unpredictable selection of songs, and witty behavior on and off stage. Sadly ( we thought at the time) they went their separate ways in 1983. Funny thing, by 1986 most of them had landed in Nashville, quickly securing gigs with some of the biggest and hippest acts in the music business. They have made a bit of an impact on Music City, as they have gone on to tour and record with literally hundreds of artists. Several of the band members went on to record their own critically acclaimed solo records as well.

The good news for Richmond is that the GHB comes home to perform a show every two or three years. The shows are always packed with old and new fans alike, a little like a homecoming event, and you never know what the band will do, who will sit in, or what songs they'll pull out of the hat. This December, Mike McAdam, Joe McGlohon, Gregg Wetzel, Dave Eggleston, Drake Leonard and Mike Lucas are getting back together and bringing the Good Humor Band back to the Tin Pan. We are very excited to welcome them home!