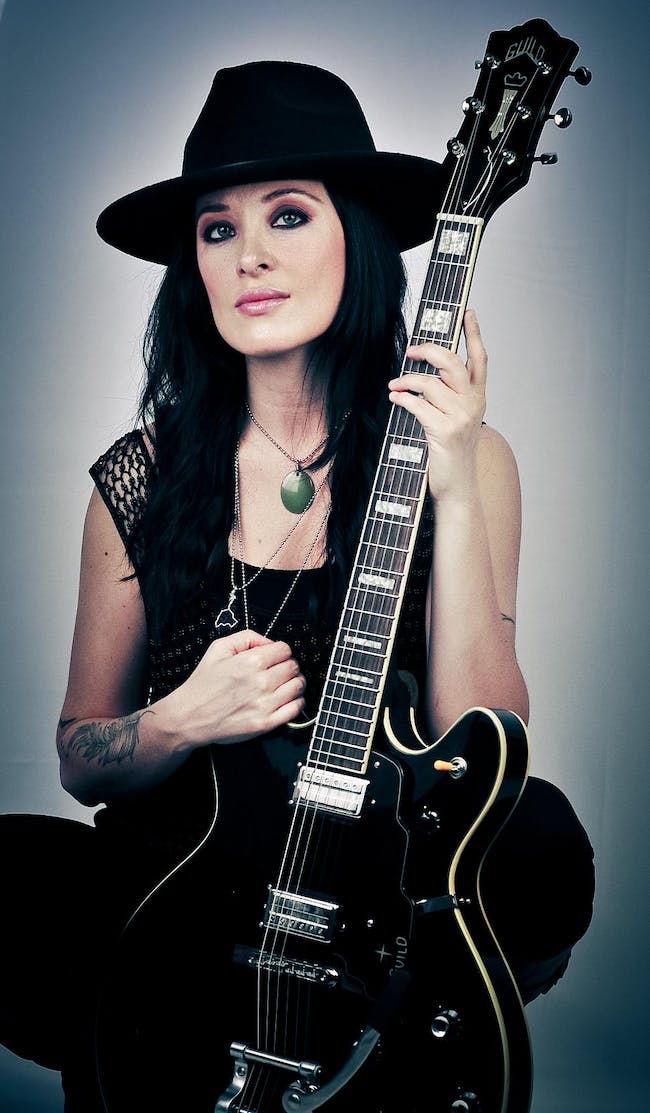 Romanian Blood. Diana’s parents escaped communist Romania in 1981 when she was 3 years old. They arrived in Chicago, on Halloween with only $50 and a dream for a better life. Diana brought her family's strong Romanian work ethic to performing arts school, where her talents flourished, eventually leading her to a role in the classic American 90’s comedy "Home Alone”.

Chicago Soul. Diana's love of Blues started at 8, when her parents brought her to a Chicago Blues Club, arranging to have her perform some songs with the band. This was a defining moment. A blues artist was born. Over the years, Diana's music heroes and influences emerged: SRV, Prince, and Philip Sayce to name a few. But it all started back in Chicago, the home of amazing Blues legends like Buddy Guy.

California Heart. Diana followed her heart to California, where it would be broken repeatedly and made stronger each time. With experience came strength, self-reliance and plenty of songwriting material. At one point when hope was slipping away, Diana promised to make music her life's work and grabbed the reins on her songwriting and guitar playing.

Music never stopped knocking and Diana is glad she finally swung the door wide open and let it in. So are her fans. Today Diana calls Southern California home, where she continues to release original music and play what feels good for anyone who will listen. Her promise to her fans is that she will never stop making music and growing as an artist.