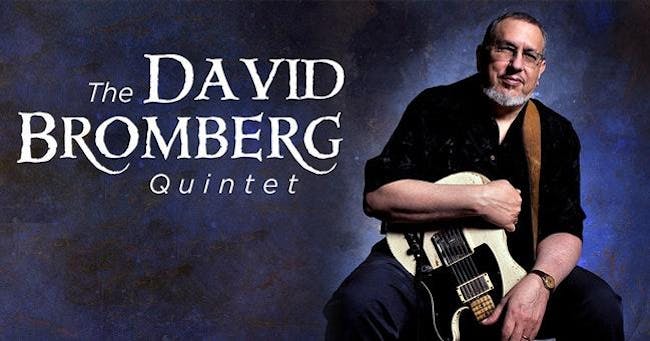 “The reason man created stringed instruments. David touched them with a lover’s fingers and they moaned that true love right back at him. Wood and wire and flesh spoke.”

On October 14, David Bromberg – a godfather of Americana, decorated multi-instrumentalist and singer-songwriter, gifted song interpreter and lauded bandmate to the stars - will release 'The Blues, The Whole Blues and Nothing But The Blues' (Red House Records). Produced by Levon Helm and Bob Dylan’s longtime collaborator, Larry Campbell, Bromberg’s first album since 2013 is a wonderfully curated selection of deep cuts from the blues genre, in addition to original compositions. Bromberg found his inspiration for the album when he heard Willie Nelson repeat a quote from Texas fiddler Johnny Gimble: "there's only two kinds of music - the Star Spangled Banner and the Blues."

Ray Charles’ “A Fool For You” is one of many album stand-outs, featuring just David on a spellbinding solo acoustic guitar performance and vocals. David learned the song “Why Are People Like That?” from a Muddy Waters record, a song written by one of his favorite writers: Bobby Charles. Bromberg dug deep into recorded music, sometimes finding songs with mysterious origins such as “How Come My Dog Don’t Bark When You Come ‘Round,” or “900 Miles,” an old country song imagined as if Howlin’ Wolf were to play it.

Bromberg is “an American music icon” (Dr. John), and counts Bob Dylan, George Harrison, Ringo Starr, Emmylou Harris, Jerry Garcia, Bonnie Raitt, Carly Simon, The Eagles, and so many more as collaborators, fans and friends. This is Bromberg’s 18th album, the latest in a solo career that began in 1971 on his self-titled debut.

The David Bromberg Quintet will bring their exuberant live show across the east coast this fall, including a trio of “Belated Birthday Bashes” featuring Tom Rush, Larry Campbell, and Teresa Williams.