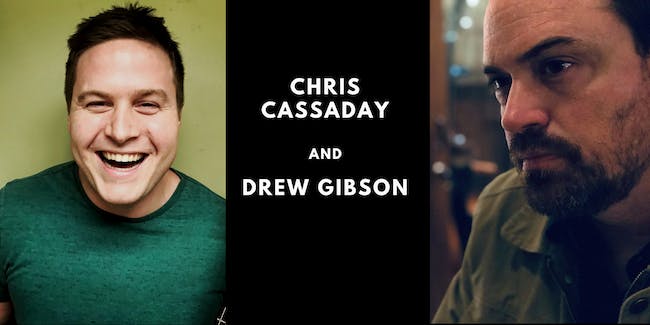 Growing up in Great Falls, Virginia, music was always a prominent part of Chris Cassaday's life. Whether singing in the back seat of his mom's car, or watching his dad play the drums, Chris was hooked on music at an early age. And after receiving his first guitar at age 14, he knew he wanted to be a performer. Chris slowly honed his songwriting skills over the next few years, playing in various bands and as a solo act throughout high school and college.

After graduating from James Madison University in 2014, Chris independently released his first professionally recorded album "The Savannah Sessions" on all digital music outlets on May 25th, 2015. The album received widespread support and great reviews on all digital outlets from people who had never heard of Chris before, and Chris's original song "My Oh My" off of the album was sought out by Sirius XM radio and is now being played regularly on Sirius XM's the Coffee House channel. The album was mixed and produced by Ted Bowne, one of Chris's greatest influences and the lead singer of the award winning rock-reggae band Passafire.

Shortly after the release of "The Savannah Sessions" Chris performed a 5-song live session for Sirius XM in September 2015 that was aired around the world, and "My Oh My" was also given an honorable mention at the 27th Rocky Mountain Folk Festival in Lyons, Colorado. With all of the buzz around his debut album, Chris began to play out and perform regularly. After two years of extensive live performances all over the country and even abroad, Chris headed back in to the studio and independently released his next studio effort "Stranger Places" on April 10th, 2017. The sophomore album was also produced and mixed by Ted Bowne from Passafire, and the response was extremely positive, exposing Chris to a larger, more diverse musical audience. And on March 15th, 2019, Chris released a 3-song EP entitled "Hear, Listen" to rave reviews. The hype surrounding the new EP led to Pandora Internet Radio creating "Chris Cassaday Radio" featuring his entire discography.

Chris has become a regular headlining act in his hometown of Washington, DC, having performed at all of the best and most prominent music venues that the area has to offer. Chris has graced the stage at Gypsy Sally's, Rock & Roll Hotel, Hill Country Live, Union Stage, Songbyrd Cafe, Jammin' Java, The Bullpen at National's Park, and even had two sold out stints at Pearl Street Warehouse. This is in all in addition to successful performances all around the country and even abroad. In the past year alone Chris has played upwards of 100 shows.

Chris's unique blend of blues, rock, folk and funk, his crafty songwriting style, his incredible live performances, and his thunderous, distinctive voice have gathered him a significant following around the DC area and other parts of the country. The sky is the limit for this Washington DC-based songwriter.

Like romantic dust Drew Gibson's music draws on influence from the American days of country-blues and songwriters of the recent past. Since releasing his debut album “Letterbox” in 2007 the finger-style guitarist from Virginia has garnered attention from USA Today, The Washington Post, The Washington Area Music Association, The Greenville Journal, OnTap Magazine, RVA Magazine, and No Depression, for his intensely personal songs and stagecraft as a live performing story-teller.

In April 2019 Gibson released his fourth record entitled “Shipbuilder.” The latest offering followed his critically acclaimed concept album “1532” which was born from the healing journey on which Gibson embarked after the loss of his father on the Fourth of July 2012. While "Fifteen Thirty-Two" traced stories of Gibson’s family from its roots in Scotland to the branches across Canada and the United States, “Shipbuilder” carries a theme of water throughout, how it flows in our lives, from a rising tide and a receding flood, to how a ship disappears over the horizon. Gibson's imagery invokes nostalgia and a means to carry on through the ups and downs of life, building dreams to stay above it all.