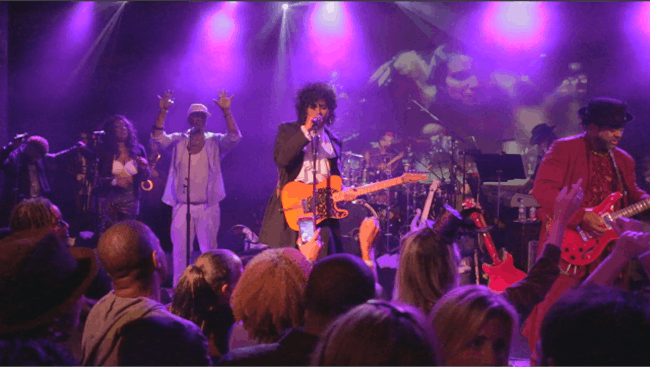 All Star Purple Party celebrates The Man, The Myth, The Legend and The Artist formally known as Prince! Featuring Edward “Junie” Henderson as Prince and an All-Star Band of talented musicians from around the country. This is a non-stop, hit packed show spanning up to two hours and bringing the music and memories of Prince to audiences of all generations. Performing all of Prince’s biggest hits including Let’s Go Crazy, Purple Rain, When Doves Cry, Kiss, 1999, Sign Of The Times, I Wanna Be Your Lover, Little Red Corvette and so many more!

Edward "Junie" Henderson is best known as an original member of the popular band E.U. (Experience Unlimited) who was the featured singer on many of their songs including the classic #4 R&B hit "Taste of Your Love." With E.U., Henderson has performed on tour around the world, appeared in music videos on MTV and BET, and on national television shows including Soul Train, Arsenio Hall and Showtime At The Apollo.